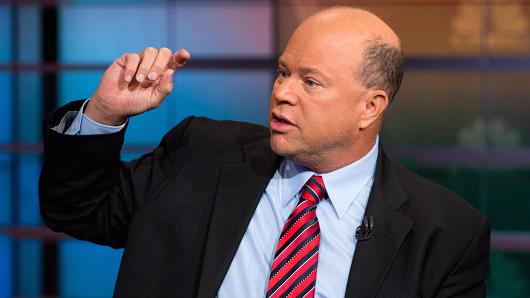 Hedge fund titan David Tepper is sick and tired of paying nosebleed-high income taxes in New Jersey and has now made Florida the permanent home for his hedge fund and himself.  Now state revenue officials in high income tax states are freaking out.

Tepper, 58, registered to vote in Florida in October, listing a Miami Beach condominium as his permanent address, and in December filed a court document declaring that he is now a resident of the state. On Jan. 1, he relocated his Appaloosa Management from New Jersey to Florida, which is free of personal-income and estate taxes.

His move has state revenue officials on alert.

“We may be facing an unusual degree of income-tax forecast risk,” Frank Haines, budget and finance officer with the Office of Legislative Services told a Senate committee Tuesday in Trenton.

Some 40% of New Jersey’s revenue comes from personal income taxes so it’s a big deal.  Top earners in the state can pay up to 9%.

With zero personal income tax in Florida it is no wonder Mr. Tepper and other hedge funds are looking to set-up shop in Florida and other tax-friendly states, both professionally and and personally.

There will likely be no end to the exodus of capital from highly-taxed states.